The National Center for Health Sciences estimates that about 39.5 million people seek medical attention for an accident causing injury each year. Of these people, 29.4 million have severe enough injuries that require a visit to the emergency room and 169,936 sustain such serious injuries that it results in a fatality.

The numbers quoted above are exactly why personal injury is the third leading cause of death in the USA, only behind cancer and heart disease. If you are unfortunate to have sustained an injury in an accident where another party is to blame, you are legally entitled to seek compensation for the injuries, and working with a Santa Ana personal injury attorney is something you should consider doing.

If you have recently sustained injuries due to the negligence of another party, you could be entitled to compensation. Get in touch with the Santa Ana personal injury law firm of the Crockett Law Group to find out how we can help you receive the maximum possible settlement. For your free consultation, you can call our attorneys at (800) 900-9393 today.

It does not mean, however, that everything must align up perfectly for your case to have a favorable outcome. In fact, that’s hardly ever the case. Still, the value of your claim will tend to become more limited if you are missing too much of any one element.

Here is an example: Suppose that you are struck head-on by a drunk driver on the freeway and the other driver admits complete fault for the accident. In such a case, liability is clear. Suppose also that you suffer a traumatic brain injury after hitting your head against the window. You will sustain serious injuries. But, suppose that the at-fault driver is unemployed and only has a $15,000 bodily injury insurance policy. While the value of your personal injury case is high, you will be extremely limited in your ability to collect.

Clear liability happens when the fault for the accident is not being disputed. Think of a person that runs a red light and then apologizes for the resulting accident. Or think of a person that’s caught on camera performing a “California roll” through a sign. In either of these situations, liability seems rather clear. 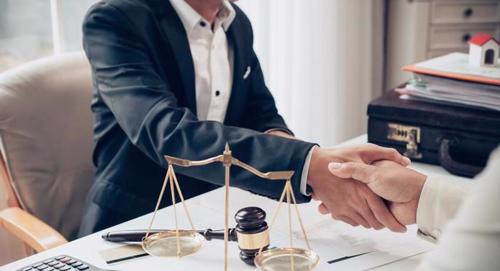 The reason why it is so important to have clear liability in your personal injury case is that California is a “comparative fault” state. It means that your recovery will be reduced by your percentage of fault for the accident.

The driver in accident 2 will tend to have the better case.

The deeper the defendant pockets the higher the amount that you can potentially recover. People that are involved in accidents are often twice a victim, first with regards to suffering injuries due to another party’s carelessness and again when it comes to being pigeon-holed by what the responsible party was insured for.

“After I was injured in an automobile accident, I contacted Kevin and he quickly and professionally handled my case and brought it to a fair resolution for me. One thing I especially like about the handling of my case is every time I emailed or called him he was quick to respond. He kept me informed and guided my through the process to conclusion. I would recommend him to all my friends and family. A true professional.”

Is It Possible to Claim Injury Compensation If It Was My Fault?

For instance, suppose that you were injured in a motorcycle accident in Santa Ana, CA, where you were 15 percent at fault. If your injury claim is valued at $100,000, you will receive a settlement of $85,000 instead. This settlement amount accurately represents the proportion of your damages that were caused by the other person’s negligence.

The pure comparative fault system that’s used in California is something for us to be grateful for. In some states, a pure contributory fault system is used instead. The states that follow this system include Alabama, Maryland, the District of Columbia, North Carolina, and Virginia. Under such a system, you would not be able to collect anything in the example above where you were found to be 15 percent at fault for causing the accident. You would also be required to show that the other party was 100 percent to blame for the accident or else you would not be allowed to recover any damages. If you compare that to California, that’s rather harsh, wouldn’t you agree?

What Happens in Personal Injury Cases?

What Does It Cost to Hire a Personal Injury Attorney in Santa Ana?

Santa Ana’s personal injury attorneys work on a “contingency fee” basis. A contingency fee arrangement is where the lawyer only receives payment after winning your case. A lawyer that loses your case by not securing a settlement receives nothing. However, a lawyer that recovers money successfully on your behalf will receive a percentage of the total settlement.

The percentage that’s already agreed-upon, which a personal injury attorney takes from the recovery varies from one lawyer to the next. You will want to enquire about this during your consultation. A personal injury attorney near Santa Ana will usually have contingency fee agreements that entitle them to 1/3 of the total recovery. If your case must be litigated, the percentage will probably be higher, usually 40%.

The contingency fee arrangement is in contrast to the other types of lawyers that use a retainer fee arrangement, such as divorce lawyers. A retainer fee agreement is where the client is required to pay the lawyer an upfront fee to retain their services. Such an agreement will also generally contain the attorney’s hourly rate. You never have to pay a personal injury attorney by the hour.

We are experienced personal injury attorneys and regularly represent the interests of victims that have been unfairly treated by the insurance provider. Crockett Law Group is committed to the proper handling of your claim from beginning to end and will fight to ensure that you receive the compensation you are entitled to.

If you have sustained injuries due to the negligence of someone else, contact Crockett Law Group at (800) 900-9393 for a free consultation. 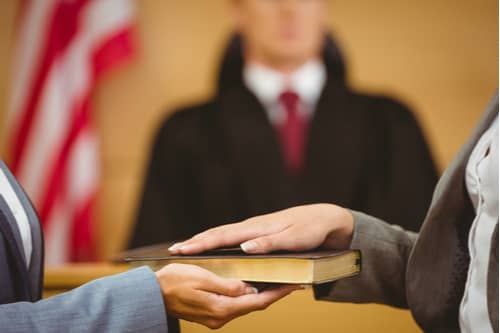 When an eyewitness refuses to testify on your behalf, this can sometimes affect the outcome of your California personal injury case. What can be done