When you’re injured in an accident with another driver, you would typically open up a bodily injury liability claim with the other driver’s insurance company to seek compensation for your medical bills and pain and suffering. But what happens if the other driver doesn’t have car insurance? And what happens if you can’t find the other driver because they did a hit and run? It’s under these circumstances that your Uninsured Motorist (UM) coverage would kick in to pay your injury claim… if you purchased it.

What Is the Purpose of Uninsured Motorist Coverage?

The purpose of uninsured motorist coverage is to help pay for your medical bills and pain and suffering when you’ve been injured in an accident with a driver who doesn’t have car insurance.

So long as you purchase uninsured motorist coverage, you’ll be able to make a claim with your own insurance company to seek compensation for your injuries. But if you don’t purchase uninsured motorist coverage and you’re involved in an accident with a driver who doesn’t have car insurance, then your only recourse is to sue that person directly. And if you were the victim of a hit and run, you won’t have any recourse at all.

The cost of uninsured motorist bodily injury coverage is relatively low compared to most other coverages, so I recommend your purchase it.

When Should I Make an Uninsured Motorist Claim?

You should make an uninsured motorist claim if you were injured in an accident with a driver who doesn’t have car insurance.

The other driver might have failed to purchase any auto insurance whatsoever, which is a violation of California Vehicle Code Section 16028. That’s the obvious situation. But sometimes the other driver thinks they have valid car insurance only to come to find out later that coverage is being denied. Coverage might be denied because they missed a payment, or because they’re listed as an “excluded driver” under the policy that covers the vehicle. Whatever the case may be, you should open up an uninsured motorist claim through your own insurance company if you find yourself in this situation.

You should make an uninsured motorist claim if you’ve been involved in a hit and run accident. 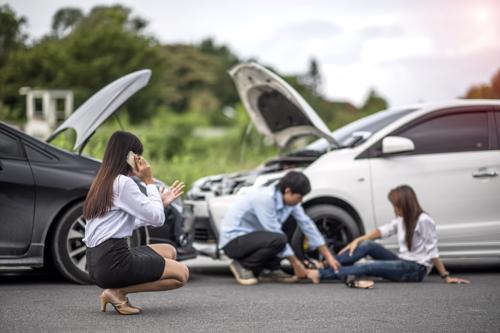 Your uninsured motorist coverage will cover you if you get hit by another vehicle who flees the scene of an accident without leaving any identifying information. This is true whether you were driving at the time, or bicycling, or walking. The only possible way you’re going to be compensated for your injuries in this situation is if you open up an uninsured motorist claim through your own insurance company.

If you know who the other driver is and they’re uninsured, we recommend making an uninsured motorist claim over suing them directly for two reasons. For one thing, there is no point in paying premiums month after month for uninsured motorist coverage if you’re never going to use it. Another thing is that most people who are uninsured also don’t have the money to compensate you for your injuries. If they did, they would probably have insurance in the first place. You can sue and get a huge judgment against them, sure. But if you can’t collect then you’ve got a worthless piece of paper. Insurance companies have the deep pockets necessary to compensate you for your injuries.

What Happens If I Don’t Have Uninsured Motorist Coverage?

If you find yourself in an accident with an uninsured driver and you failed to purchase uninsured motorist coverage, then your only recourse is to file suit against the driver that hit you. In the state of California, you can sue in small claims court up to $10,000. Just know, though, that a lot of people won’t have the necessary funds to compensate you for your injuries, so collecting may be a challenge.

How Do Uninsured Motorist Claims Work in Orange County?

If you were injured by a hit and run driver, your insurance policy mandates that you report the hit and run accident to law enforcement within 24 hours. If you fail to do this, your insurance company may do one of two things: they may deny you coverage or they may send your claim to their Special Investigations Unit because they suspect fraud.

If you were involved in an accident with an identifiable driver who was uninsured at the time of the accident, then you need to prove to your insurance company they were actually uninsured before they’ll open up an uninsured motorist claim for you. they have no insurance before your own uninsured motorist coverage will apply. You do this by requesting verification of no insurance from the DMV using an SR-19C form. You should receive an Uninsured Motorist Certificate from the DMV within sixty (60) days and you’ll present that to your insurance company as proof.

Does an Uninsured Motorist Claim Count Against Me?

A lot of our clients are nervous about opening up an uninsured motorist claim because they’re afraid their insurance company will drop them as a customer or increase their rates as a result of doing so. Your insurance company can’t do that, at least not legally.

Under California’s Proposition 103, an insurance company can’t raise your monthly premium as a result of you opening up an uninsured motorist claim. And as long as you weren’t partially at fault, your insurance company can’t raise your rates just because you were involved in an accident either. If you think about it, it actually makes sense. If you’re weren’t at fault, then you’re not any greater of a risk than you were before the accident. And if you’re not a greater risk, then increasing your rate wouldn’t be justified.

We sympathize with our clients who are afraid to file a claim with their own insurance because they think it will cause their rates to go up, but rest assured that Proposition 103 protects you.

How Much Can I Get From an Uninsured Motorist Claim in California?

For example, let’s say you purchased a 15/30 UMBI policy. This means you purchased a policy that will pay up to $15,000 for each person’s injuries caused by an uninsured driver and up to $30,000 in total for all injured persons. If the true value of your claim is actually $150,000, you’re still limited to a $15,000 recovery because that’s what you purchased. This $15,000 payment is a lump sum that’s intended to cover your medical expenses, lost wages, out-of-pocket expenses, and pain and suffering. Keep in mind that just because you purchased a 15/30 policy doesn’t mean you’re going to receive a check for $15,000. If your claim is really only worth $10,000, then that’s what you’ll get. 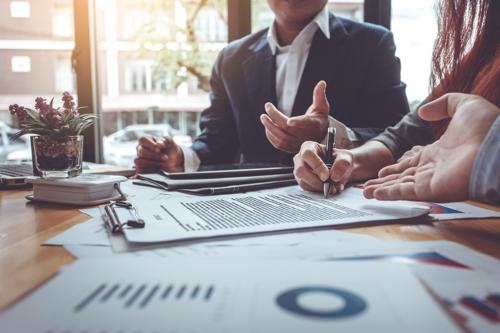 You’re probably thinking, well how do I know what my injury claim is really worth? As I said, there are so many factors that go into valuing a car accident injury claim. With that being said, the severity of your injuries and the cost of your medical bills are the two driving factors.

These are some other relevant factors to consider when you’re trying to figure out the value of your injury claim:

Although car insurance is required by law if you choose to drive, it’s estimated that about 15.2 percent of drivers in the state of California are uninsured according to the Insurance Information Institute. This means that if you get into an accident in California, there’s a good chance you’ll need to open an uninsured motorist claim. It’s important to have experienced representation if that’s the case. Uninsured motorist claims can be tricky and the deadlines are short, so it’s important to take action as soon as possible after your accident.

As uninsured motorist accident injury lawyers, we regularly represent the interests of victims who have been treated unfairly by an insurance company. The Crockett Law Group is committed to handling your injury claim from start to finish and will fight to make sure that you receive the money you deserve. If you’ve been injured in an accident with a driver without car insurance, contact the Crockett Law Group to speak with a personal injury lawyer in Orange County at (800) 900-9393.

Leaving the Scene of a Car Accident in California & Its Implications

Car accidents are unfortunate and sometimes unavoidable. But the worst thing that you can do is leave the scene of a car accident without exchanging 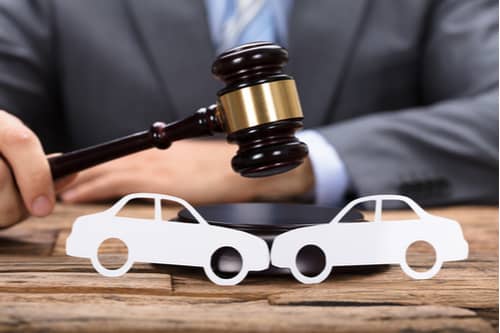 Auto Accident: When To Get a Lawyer

Car accidents are unforeseen and can have a rattling impact on your life. They can cause expenses and bring fear, suffering, and inconvenience. In such