The Insurance Information Institute defines ridesharing as a company that provides taxi-like services by connecting passengers to drivers via a smartphone app. As ridesharing grows in popularity, so too does the number of ridesharing accidents in California. Although ridesharing companies like Uber and Lyft have withheld many statistics from public view, we know that more than 1,100 ridesharing accidents in California are reported each month to the California Public Utilities Commission. Drivers, passengers, and pedestrians injured in accidents with Uber vehicles may be entitled to large amounts of compensation, but only if their claims are handled properly.

If you have recently been involved in a Uber accident, you may be entitled to compensation. Contact an Orange County Uber accident attorney at the Crockett Law Group to learn about how we can help you maximize your settlement. Call (800) 900-9393 for a free consultation with our Orange County personal injury lawyers.

What Steps Should You Take After an Uber Accident?

It’s normal to be in shock after being involved in a Uber accident. You’ve put your trust in a stranger and now you’ve been hurt. You probably also have somewhere else to be. But don’t rush from the scene. Take the same precautions you would normally take as a passenger who has been involved in an accident.

Here’s a series of things you should do while you’re still at the scene of a Uber accident:

Who Pays for My Injuries If I’m in a Uber Accident?

Uber accident claims can be complicated. Situations showing who can be held liable include:

This brings us to our next topic below.

What Insurance Coverage Does Uber Have for Accidents?

Uber companies in Orange County, California, are required to provide insurance coverage for their drivers. However, whose insurance will apply (the driver’s or the Uber company’s) and for what amount will depend on your answer to these three questions: 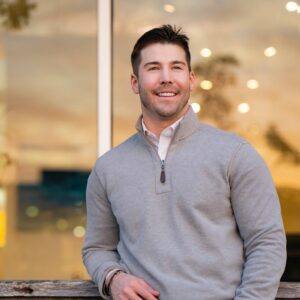 Was the App On?

If the Uber app was closed at the time the driver was involved in an accident, then the driver’s personal auto insurance policy applies.

Was the Uber Driver Traveling to Pick Up a Passenger?

If the driver is involved in an accident while traveling to pick up a passenger, then the Uber company has to provide $1 million of liability coverage.

Was a Passenger Being Transported?

If the driver is involved in an accident while transporting a passenger, then the Uber company has to provide $1 million of liability coverage and $1 million of uninsured/underinsured motorist coverage.

You can find more about California’s insurance requirements for Uber drivers at Value Penguin’s website.

What Compensation Can You Receive After an Uber Accident?

California does not have any caps on the amount of compensatory damages you’re entitled to receive, making it possible to collect very large amounts of money in cases that involve severe or catastrophic injuries.

What Are Common Injuries Caused by Uber Accidents?

Some of the most severe and catastrophic injuries our Orange County injury firm sees come from Uber vehicle accidents. A big reason for that is the fact that Uber passengers tend to not wear their seatbelt and seat belt use significantly reduces the risk of any injury. 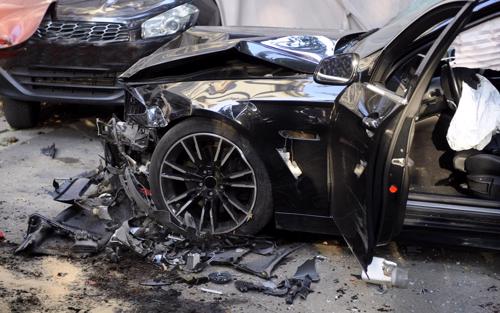 This is alarming because it means that Uber passengers tend to be at a greater risk for sustaining the following injuries:

Ridesharing is often touted as improving traffic safety by removing drunk drivers from the road. However, according to research conducted by professors from Rice University and the University of Chicago in a working paper titled “The Cost of Convenience: Ridehailing and Traffic Fatalities,” ridesharing services are actually responsible for a 3 percent annual increase in traffic fatalities. This is due to a number of factors, such as backseat passengers not wearing seatbelts, distracted Uber and Lyft drivers looking at their GPS, and people that would have otherwise walked or bicycled are now in Uber vehicles.

As Orange County car accident lawyers with experience in rideshare injuries, we regularly represent the interests of victims who have been treated unfairly by an insurance company. The Crockett Law Group is committed to handling your injury claim from start to finish and will fight to make sure that you receive the money you deserve. If you’ve been injured as a result of a Uber accident, contact the Crockett Law Group at (800) 900-9393 for a free consultation.

FREE CONSULTATION 760-999-4444 Car Accidents. It’s All We Do. We take the time to develop an independent car accident investigation into the circumstances of the

FREE CONSULTATION Car Accidents. It’s All We Do. We take the time to develop an independent car accident investigation into the circumstances of the accident