In the past 10 years, we have seen ridesharing companies become so popular that they are the most common ways to move around in cities. Companies like Lyft and Uber have based their operations in almost every city and town in the world. With the explosion of these companies, it goes without saying that they come with a higher chance of auto accidents. What’s more, is that Uber and Lyft passengers also sustain injuries when involved in these accidents.

Uber accidents can involve other drivers, cyclists, and even pedestrians. While auto accident claims tend to be more straightforward, the litigation of ridesharing accident cases is usually complex, primarily due to their accident policies, and often benefit from the help of a Fullerton Uber accident lawyer. Uber accident claims often involve multiple insurance providers, making it overwhelming for the victims to pursue compensation.

If you or a loved one has sustained an injury in an Uber accident because of the negligence of the driver or any other third party, you may be eligible for compensation in the state of California. However, given the complexity of these cases, it is advisable to seek legal representation.

A seasoned Fullerton personal injury lawyer will be able to help protect your rights and seek the compensation you deserve. If you’ve been wondering what to do following an Uber or Lyft accident, reach out by calling our offices at (800) 900-9393!

What Are Some Ridesharing Accident Statistics?

Uber and Lyft are the most popular forms of transportation in the world, particularly in large cities in the United States like New York, San Francisco, Atlanta, etc. In fact, ridesharing services have made over 11 billion trips in the US since they launched a decade ago. Uber makes about 4.5 billion trips per year, which equates to around 45 riders per second.

According to a study conducted by the University of Chicago’s Booth School of Business, about 1000 daily car accident deaths are related to the rising number of Uber and Lyft cars on the road. Between 2017 and 2018, Uber cars were involved in 97 fatal crashes and collisions, resulting in 107 deaths.

Unfortunately, as with any form of transportation, accidents will always occur and this is no exception for Uber and Lyft.

What Are the Most Common Types of Ridesharing Accidents?

There are many types of accidents involving ridesharing services. The most common include:

Passenger Injury Because of an Uber Driver’s Negligence

Just like other motorists in California, Uber drivers sometimes act in negligent and reckless ways, resulting in accidents. Such motorists may be driving recklessly without regard for other road users, ignore traffic signs, run red lights, and fail to yield to other road users like cyclists. As a result, a passenger may sustain injuries such as whiplash following a collision.

Passenger Injury Because of Another Uber Driver’s Negligence

Accidents involving two ridesharing vehicles can also happen and one of the drivers could be liable for the crash. These accidents may also result in passenger injuries.

Third-Party Injury Because of an Uber Driver’s Negligence

Speeding and distracted driving are the primary causes of auto accidents in Fullerton, California. Uber and Lyft drivers may be distracted while on the phone and pay less attention to the road. Such instances can easily result to head-on collisions, rear-end collisions, and T-bone crashes, resulting in third-party injury.

Uber Driver Injury Because of Their Negligence

Ridesharing drivers can also sustain injuries in accidents that result due to their own negligence. Some of the common injuries include neck and back injuries following a head-on collision, rear-end collision, roll-over accident, etc.

Property Damage Because of an Uber Driver’s Negligence

Other than injuries to the rider and driver, ridesharing accidents can also lead to damage to the property of the parties involved. Uber accidents may result in total loss or substantial damage to bicycles, motorbikes, and other vehicles involved.

Uber Driver Injury Because of Another Driver’s Negligence

Uber drivers also sustain injuries because of the negligent actions of another driver on the road. In such accidents, the other driver is held liable and the harmed parties can seek compensation.

Driver and Passenger Injury Because of a Defective Car Part

Ridesharing drivers may also sustain injuries following an incident that is caused by malfunctioning or defective vehicle parts. These types of accidents may happen due to defective tires, airbags, or car parts like brakes. In such cases, the injured may seek restitution for injuries and losses by filing a claim against the product manufacturer. 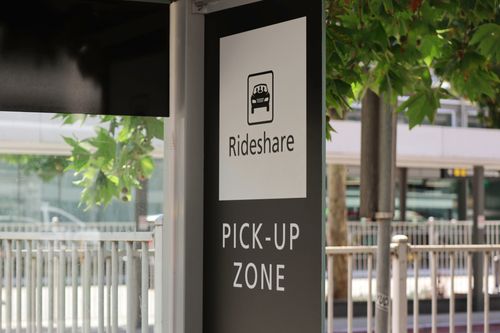 Who Can Be Held Responsible in an Uber or Lyft Accident?

Ridesharing services drivers are not the only parties that may be liable for the accident. Common parties that might be at fault for Uber accidents include:

Ridesharing services drivers are expected to practice utmost care when on the road. Any action that results in a crash may cause injuries, not only to themselves but also to the passengers aboard. However, some Uber and Lyft drivers are not as careful and get distracted by things like smartphones while driving.

With these distractions while on a busy road, an accident is almost inevitable. When an Uber driver is found to be at fault, Uber or their insurance carrier is expected to compensate for any injuries and damage caused by the accident.

In addition to accidents caused by ridesharing drivers, there are other serious issues for which these companies have to be held responsible including robbery, sexual assault or rape, kidnapping, driving under the influence, assault and battery.

Rideshare companies can also be held responsible for injuries to the passengers if any of the mentioned incidents occur.

As mentioned earlier, third parties like cyclists, motorcycle riders, and other drivers may be held responsible for an uber accident if they behaved in a negligent manner. Road users who don’t follow traffic rules and as a result cause an accident may be held liable. Vehicle and parts manufacturers can also be held liable if the accident was a result of a defective part or product.

How Do Uber Accidents Differ from Conventional Auto Accident Cases?

Rideshare companies require that each driver has personal insurance to cover them and other parties in case of an accident. However, these accidents tend to be more complex than regular ones due to the process of determining liability and the insurance company responsible for compensation.

If the Uber driver had the app online, the rideshare company is held liable. If not, then the victim has to deal with the driver’s insurance provider. If the app was online but the driver was waiting for a ride request during the time of the accident, they’re eligible for the company’s liability insurance.

Does Uber Have a $1 Million Insurance Policy for Uber Accidents?

Yes! Uber has a $1 million dollar liability insurance cover meant to compensate for accidents caused by their drivers. However, this only applies when the app was online during the incident, the driver had passengers in the vehicle and the personal insurance of the driver can’t cover the damages resulting from the accident.

What Types of Compensation Can You Get from an Uber Accident?

In California, Uber accident victims are entitled to the following damages:

These are designed to compensate the victims for financial losses. They include past, current, and future medical expenses, property damage, healthcare expenses, loss of wages, and loss of earning capability.

These damages are not quantifiable and are meant to compensate for the accident impact on the victim’s life. They include incapacitation, loss of enjoyment of life, mental anguish, pain, and suffering.

These are awarded after the jury deems the liable party to have been grossly negligent, reckless, or intentional in the accident. Punitive damages are awarded to punish the party at fault and discourage others from attempting the same actions.

Should I Accept a Settlement Offer?

It is imperative to have a knowledgeable and experienced Fullerton Uber accident lawyer by your side when it comes to negotiations. That’s because rideshare companies will want to pay the least amount of compensation possible. Only accept a fair settlement that has been negotiated by your lawyer.

Why Do I Need an Uber Accident Attorney?

Rideshare accident claims tend to be complex and handling a claim on your own can leave you with an unfair settlement or none. A Fullerton Uber accident lawyer is essential as they will help in the following ways:

Our team of experienced Fullerton Uber accident lawyer will help you prepare a solid case against the party at fault. We will do so by gathering relevant documents like police reports, medical reports, etc.

If the insurance company is ready to offer a settlement, our Fullerton Uber accident lawyers will help you negotiate a fair amount.

If the negotiation doesn’t bear fruit, our team will work to prepare for a solid case and represent you in court. 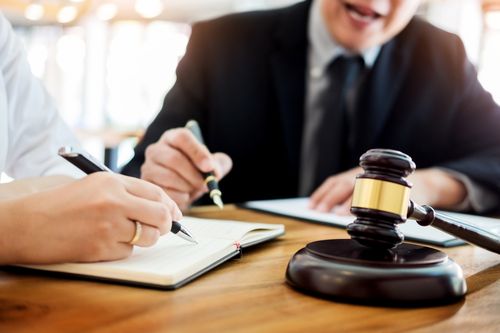 Injuries and damages resulting from an uber accident that was not your fault can be life-changing. That’s why it is important to have a competent and seasoned Fullerton Uber accident lawyer by your side. Call Crockett Law Group at (800) 900-9393 for the best representation in Fullerton!

FREE CONSULTATION 760-999-4444 Car Accidents. It’s All We Do. We take the time to develop an independent car accident investigation into the circumstances of the

FREE CONSULTATION Car Accidents. It’s All We Do. We take the time to develop an independent car accident investigation into the circumstances of the accident